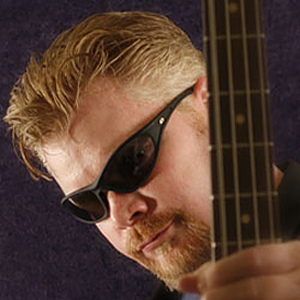 "WHERE THE STORY GOES"


Recording an album is a daunting artistic endeavor. Between writing good songs, playing them well, and getting a quality recording that sounds clean. In addition, this work can be played repeating and examined in minute detail. What Dann Gunn has accomplished with "Where The Story Goes" is remarkable. His songwriting is concise without being formulaic. Catchy and sophisticated melodies that carry honest and insightful lyrics. "Unbroken" in particular, is extremely touching. Throughout the albums eight tracks Gunn bares his soul without ever becoming whiny or too personal.

The playing on the record is brilliant. Very punchy and aggressive bass lines drive the songs while thick waves of guitars create a sea of harmony. The guitar parts are very clever and even though there isn't really a guitar solo anywhere to be found, lovers of all things six string will have plenty to marvel at. My final observation about this album is this - it sounds fantastic. The songs all sound as though they come from the same marathon writing session. Even though the album is mostly Dann Gunn (with some additional guitar and keyboards by Aaron Viland) the album sounds like a band. A well rehearsed, rockin' live band. Yes, recording an album is a daunting artistic endeavor...one that Dann Gunn makes look effortless.

Way back in the 90s, an unknown band by the name of Velocipede came out of nowhere with a sound few were familiar with, grabbed a record deal with R.E.X. Records, released a record that gained critical acclaim, and disappeared about as quickly as they appeared on the scene.

For those wondering what happened to the band, front man Dann Gunn has been releasing solo albums every few years on his own.Where The Story Goes is his latest solo outing, which shows Gunn still know how to write a catchy tune and dial in just the perfect amount of heaviness.

Gunn’s passionate vocals are the centerpiece here – while most people that go for the “power-house” style vocals sound like they are straining to birth a dinosaur while singing, Gunn’s vocals come out smooth and natural. The overall sound here is a bit hard to classify exactly – the crushing guitars of Velocipede are still present (although a little less distorted and easier to discern in the mix than they were on Sane), but some parts have an industrial metal vibe, while others swerve into 90s guitar alternative territory.

This is quality music better than most songs on the radio, but of course you won’t hear them playing there because there is not a hint of Coldplay or Mumford in the mix. Which is a good thing. Check this out on BandCamp and then grab a download or CD to support independent musicians making great music.

- Matt Croslin, Down The Line Magazine

I've been listening to your album "Where the Story Goes" all day, and it has deeply touched me. It seems to overflow with a movement toward love in the midst of pain and struggle.

This is solid alternative hard rock with a slight industrial flavor. Some great moments here including the striking and beautiful ballad "Moon Song" and the crazy psycho guitar on "Unwinding." The guitars are thick and crunchy and vocals are passionate.

I will say that it feels like Mr. Gunn is holding back vocally in spots but it's nothing that ruins the album (it might just be me) because he's usually spot on.

If you're at all familiar with his old band Velocipede then this is definitely for you. If not then pony up some dough for 6 solid tracks of crunchy rock goodness.

Wonderful crunchiness with heartfelt vocals! If you love the sound of crunchy guitars, solid bottom bass, in your face vocals with sweet sounding leads then these downloads are for you.

The drums lack the depth of sound I would like to hear in a finished product but don't let that stop you from enjoying this great collection of tunes. I'm a critical ass when it comes to drums.

This is GREAT stuff! You can hear 80s influences, and there's a lot of 90s and 2000s in this music as well, but this is NEW music and its great stuff. No Duran Duran or Hall and Oates saccharine here...all good stuff.

REVIEW BY DOWN THE LINE MAGAZINE - link

Dann Gunn, formerly of R.E.X. Recording artist Velocipede – is still active in music.  This ep is his latest release. Dann is still loud and in your face, but a bit less rough around the edges.  This also sounds a bit more industrial than past recordings.  Dann has a strong voice that tends to set this music apart. Think powerful, well sung vocals over a bed of distortion.  I keep coming back to the title song – it has a nice, driving rhythm and pace. Short but rockin’ ep.

I'll start by saying this - if you liked the old Velocipede CD even a little bit then you'll LOVE this. This is, essentially, Velocipede done right. Granted it's not exactly like ...Sane but the big, crunchy guitars, the catchy tunes, the passionate vocals - those elements are here.

Dann is evolving his sound somewhat to include industrial elements which I think is a good fit with the thick guitar tone. Though I confess my favorite track is actually the acoustic tune "Moon Song." It really showcases Dann's vocals and is truly a beautiful song.

My only complaint is that occasionally it sounds like Dann is holding back vocally on a couple tracks ("All For You" springs to mind). It just feels like he's holding back to me. He's got a clean, powerful style so he doesn't really need to. When I listen to it I'm expecting him to attack the song more. It could just be me. Still, Easy is a great little EP and I hope this signals more from the Gunn camp.

Useless Fact: If there's still something about Dann that you don't already know by now you'll just have to track him down yourself and ask him! -